Last month we discussed how important it is to hire and expand during boom construction cycles. When times are good, you best cash in on the opportunity before it disappears.

We also said that expanding when times are good means the opposite when things go south… and they will go south eventually.

Many business owners struggle with this, and for good reason because it is hard to lay off or let go of people you care about. But as soon as the work is gone, you have to cut back just as fast as you expanded. If you don’t, you might end up belly up! Knowing when to expand and when to contract is one of the greatest responsibilities company owners and managers have. Think about this: If you grow 40% during a booming market and business drops by 40% in a downturn, aren’t you back to where you were before the boom began? Or, let’s say you had 50 employees and expanded to 70 during the boom. Then during the recession, you cut essentially 20 employees. You are, of course, back to 50.

When you make cuts, be selective and only cut your poorest performers. In our example then, when you reduce the 20, you don’t necessarily have to let go of the same 20 you hired when things are good. Instead, find the 20 bottom feeders in your company and cut them, thereby making your team stronger than it was prior to the boom.

In essence, if you’re lucky and all of your employees are top producers, this leaves you with a team of 50 terrific employees, a much stronger team than you had before the boom began. And, a team that should more effectively compete in the difficult market you just entered into.

It’s like suckering and tying tomato plants. When you sucker the plants, you remove the detrimental branches that inhibit growth so good branches grow faster and stronger, later producing the juiciest and most tomatoes. If you don’t remove just the bad branches and instead remove some good ones too, the plant suffers and produces sub-sufficient tomatoes. In some cases, the plants die.

Our businesses are no different.

I write this column because I have a lot of experience and enjoy sharing it with other emerging construction business owners and managers. Like you, I’ve learned a lot running numerous businesses over the course of my career. Looking back, I’ve learned the most from the times I screwed up. And the bigger the screw up, the harder the lesson and greater the desire to ensure it never happens again.

A lesson I hope to help you avoid occurred to me following the boom of the mid-2000’s when the recession was setting in. After seeing poor results at one of our companies, I pulled the managers in and asked them what the heck was going on. They admitted the results at the company were disappointing but guaranteed to get a handle on the situation.

“Wait a minute,” I said, “the company has lost over a million dollars over the last two years and your plan is to handle it?” They said they understood but what happened was in the past before they fixed their bidding processes.

Having spent a million dollars training the managers, I was knee-deep in the situation at the time and assumed they could get it right this time. Not unreasonable, right?

So I chose to allow them to go on with their plans even though I knew we were sailing into nasty waters with the recession upon us.

Moving forward with the revised, ultra-aggressive bidding strategy they designed, they picked up a ton of work. Unfortunately, we discovered later that it was totally underbid! To keep our reputation intact, we had no choice but to finish it and take the loss.

Over the next couple of years, I lost another $1.3 million finishing up jobs they landed. Lessons don’t get much more painful than that.

Had I only known back then that when a recession is coming, I must trim the right branches and let go of anyone who isn’t producing well, I never would have taken the bath like I did.

Luckily, I had other companies that were doing just fine that helped offset the losses at that operation. But in hindsight, I should have stopped after the first million in losses.

It turns out, I’m not that different from many of my industry peers. A common problem among many contractors is that the owner of the company is so used to tolerating poor performance that he doesn’t even know what good performance looks like. Therefore, his low performing employees causes the company to suffer for years and years while making minimal to no profit.

When poor performers are allowed persistently to underproduce, the impact on profitability is devastating. Measures must be taken to improve performance, and often this means removing their salary from your books.

Again, to reiterate, when the inevitable recession comes, company management must reduce overhead by letting go of underperforming employees. Even if you like them, you must let them go.

This may sound harsh but allowing poor-performing employees to remain at our companies, is something I just won’t do anymore. But guess what? I am still in business! 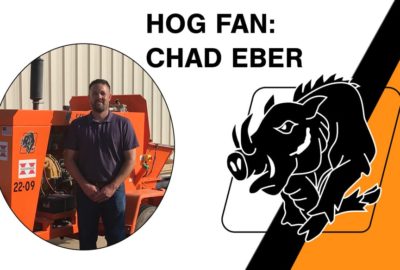 Hagerman Construction Corp. in Fishers, IN started their customer relationship with EZG by purchasing their first Grout Hog. Today, they own seven more Grout Hogs along with 16 MH-12 Mixers and two HP-20 Pumps. “The quality and craftsmanship of EZG equipment and the EZG Customer Services is what keeps Hagerman Masonry coming back to EZG,” said Chad Eber, Hagerman’s Director of Masonry Field Operations. The company recently bought their two EZG pumps in May of this year. “The pumps are working great for us. We have been able to install more grout with less manpower and in less time than...

NEWSLETTER
Stay up to date on EZG innovations.

Use this form to find things you need on this site