The president of a local community college asked me to speak at the 2020 commencement. Thinking of what I will tell the approximately 300 students, their parents and guests has me wondering how these graduates will define success as they go out into the workforce. I hope sharing what success is to me will help them in their future endeavors. I am the majority owner of 13 companies that employ around 280 people. When people drive by our headquarters, they see brick pillars with a wrought iron fence between them lining the entrance to large buildings that house lots of offices and equipment. On weekdays, there are around 40 cars in the parking lot owned by people who are part of our management team. I wonder if people driving by think I am successful. When people... Read More

There Is Only One Way To Become Successful – Slowly | March 2020

There's a popular Chinese proverb that says, “The best time to plant a tree was 20 years ago. The second-best time is now.” My friend Steve’s son George learned this the hard way at six years old when his class was doing a scientific experiment on seed germination to grow trees. George took the experiment to heart, cut a two-liter plastic pop bottle in half and filled it with dirt. Then he cut an apple in half, took out the seeds, buried them in the dirt, and placed the container on the windowsill in the kitchen. A couple of days later while George was at school, Steve cut a small branch with green leaves on it off a tree and stuck it in the dirt. When George came home from school the next day, he saw it and said with excitement, “Dad, my tree... Read More

Communicating with the New Generation of Employees

Back in the old days, you could just tell someone what to do and they did it. Employees knew construction was a rough and tough business. You could raise your voice or make harsh comments about an employee’s performance, and it was likely he would take what you threw at him and simply keep on working. But this way of communicating just doesn’t work anymore. We just finished a planning retreat with our foremen, superintendents and project managers. With 33 people from our management team present, the discussion turned to how to communicate with the new generation of employees. Most of these construction managers have been in the business for many, many years and still remember how things used to be done. After the meeting, one of our superintendents asked me... Read More

Tell the Truth, so You Don’t Have to Lie Over and Over Again | January Contractor Tip of the Month

One of the best lessons I ever learned from my dad was about honesty. Growing up on a farm with nine children, part of our survival was raising livestock. We milked cows each morning, collected eggs, and butchered our own beef, pork and chickens to keep the family fed. One day after we were finished butchering a cow, Dad told me he left his favorite butchering knife at the barn and sent me to go get it. When I got to the barn and found his knife, I decided to have a little fun by throwing it end over end to stick the sharp end into the wood on the side of the barn. I made a good throw, but the butt end of the knife hit first, and the handle broke. I was only about 10 years old and was scared to death of what to do next. I thought of several possible ways to... Read More

Getting to Yes, by Not Saying Yes - or No | December Contractor Tip of the Month

Sometimes the best answer to a “yes or no” question is neither yes nor no. Once we had a customer who asked if we could start a project in five weeks instead of six. Instead of telling the customer we would see what we can do, our project manager told him, “No.” I was telling Heath Holdaway with IMS Masonry about how the customer was frustrated by our project manager’s answer when he gave me the solution to my situation. So, I must give credit to Heath for much of the content in this article. Heath, in his soft-spoken (but always convincing) voice, said, “You should not tell customers yes or no. Instead of saying yes, tell them you will do the best you can to meet the deadline they are asking you to meet. Instead of saying no, tell them the same thing... Read More 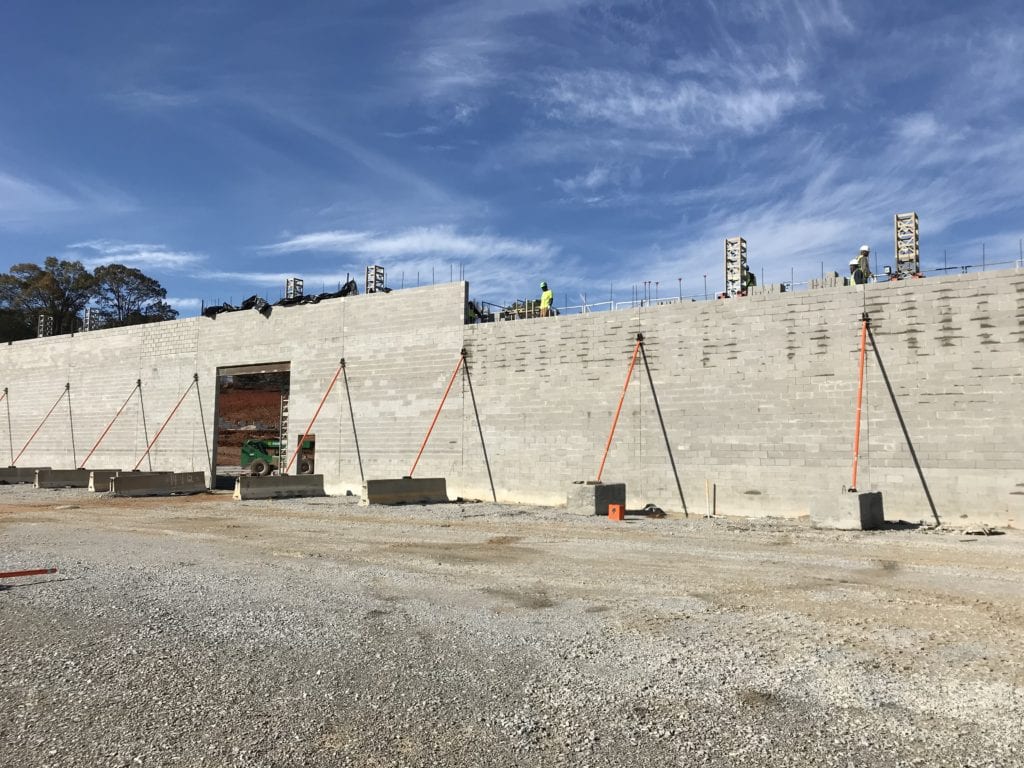 For jobs with high walls or challenges to secure new masonry projects, reducing those issues and safety concerns is important for any jobsite. Hog Leg® wall braces help provide safe, durable wall bracing, with minimum labor. We talked with Thomas Ray Floyd from Yates Construction about his Mercedes distribution center project in Woodstock, Alabama where he recently used our Hog Leg system. The job had over 3,000 LF of free-standing CMU walls that had to be braced until steel erection was complete. The steel erectors could not go fast enough to keep up with block production, so his construction crew had to keep about 1,800 feet of wall braced at any given time. With nine Hog Legs systems, he was able to keep production moving along while keeping crew members... Read More 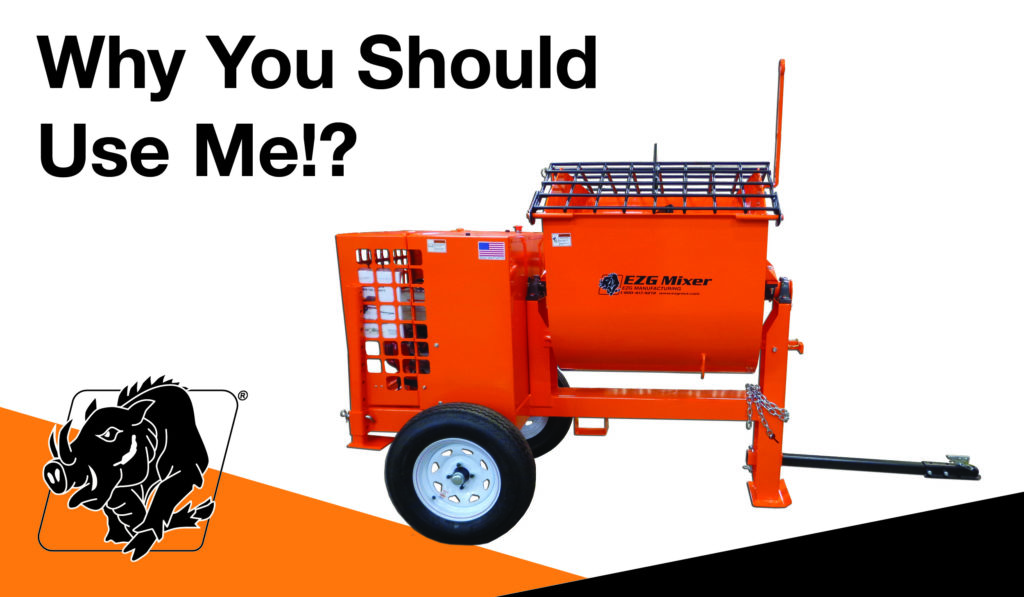 Why You Should Choose an EZG9

If you’re looking for a solid, reliable mixer that can be used on nearly any jobsite to mix aggregate, check out the EZG9 Mixer from EZG Manufacturing. This manual dump mixer has the capability to mix 2 ½ to 3 bags of grout, mortar or concrete. For ease of use, the EZG9 mixes up to ¾ inch aggregate, and features easy dumping. A removable leg kit allows you to dump into a wheelbarrow or tub without needing additional tools like blocks. The cut and throw action of the rubber paddles works the aggregate from one side to the other. Differentiating itself from the competition, this mixer uses a #80 chain driven system, which allows you to replace the chain as needed from any hardware store – no need to stress about where to find the part to replace a broken... Read More

EZ Grout Corporation has come a long way since the design of the Grout Hog. CEO Damian Lang started the EZ Grout equipment line to improve the efficiency on his own masonry job sites as he recognized the need for a better way to fill masonry block (wall grouting). While providing top-notch, user-friendly equipment, Lang has never lost sight of his dedication to helping contractors and manufacturers increase efficiency and profitability with products built from hands-on experience. With the growth of the company, EZ Grout now has five separate divisions within the company:  masonry/construction equipment, fencing equipment, concrete equipment, precast/refractory equipment, and custom fabrication and design. To align with company expansion and the increased... Read More 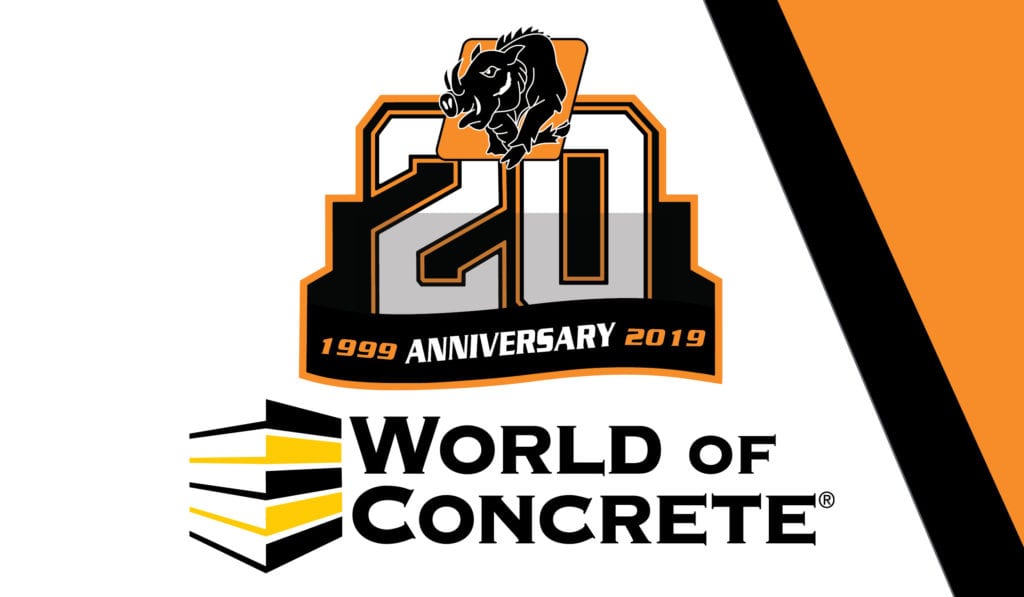 Grand Prize Given at WOC from EZG Manufacturing

EZG Manufacturing is celebrating their 20th anniversary in 2019. What does this celebration mean to consumers? At the World of Concrete 2019 tradeshow, EZG will be holding a drawing to win either a GH75, UGH75, MH9, MH12 or two EZG9’s Mixers. The drawing for the prize will be held on January 24th at 4:00pm in EZG’s booth. Stop by their booth number C3226, to fill out a quick entry form. Contestants must be present to win. If the contestant’s name who is drawn is not present, another name will be drawn. This is the perfect chance to experience the true value of a piece of EZG equipment for free. “EZG has accomplished so much in the past 20 years. It has been amazing to watch this company grow,” Sales Manager Thad Skinner said. Skinner has been with EZG... Read More 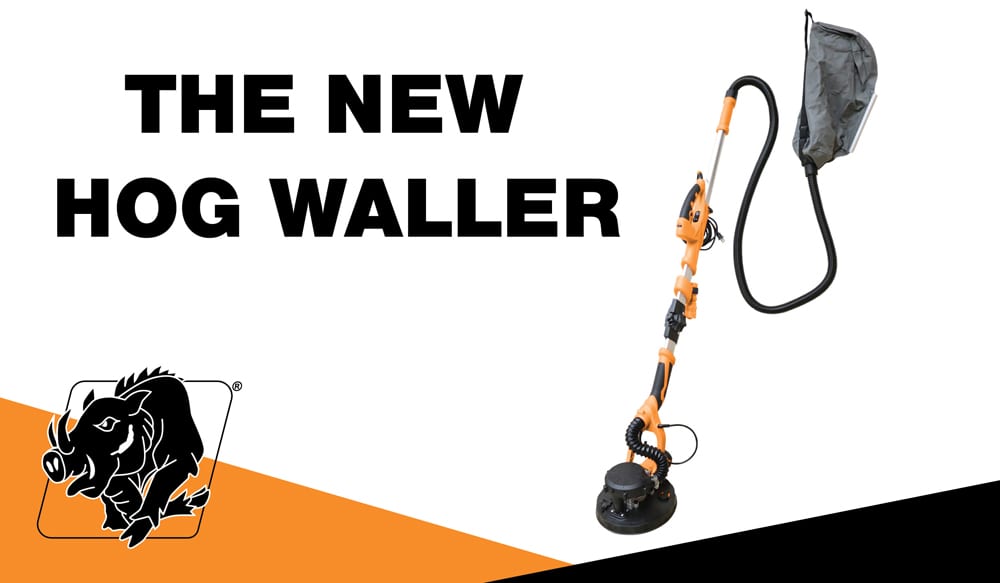 EZG Manufacturing has launched a new piece of equipment for scrubbing masonry/concrete walls and they are calling it the Hog Waller. (Did you really think they would leave out the “hog” verbiage!). EZG is known for their orange equipment and their hog logo. The new Hog Waller represents the brand well. This piece of equipment is very light weight with thetotal machine weighing only 12 lbs. The reach extends from 51” to 65”. What makes it worth the buy, is that it does the work of four to five men, making this a very efficient product in terms of production and quality. The machine has a 7” abrasive disc and a 10” guard with a built-invacuum. Attached to the vacuum is an 81” hose which then attaches to the vacuum collection bag. The vacuum bag has... Read More

Use this form to find things you need on this site